The fun begins on Friday, May 14th with the Carolina Summer Beach Bash featuring Gary Lowder & Smokin’ Hot. This “smoking hot band” will be playing all your favorite beach music songs so you can dance the night away! Doors Open at 5:30, Food (included with ticket price) served 6:00 to 7:30. Beverages available at three full-service Cash Bars serving Healy Whsle. beer and wine products, and your favorite mixed drinks. There will also be a Special Craft Beer presentation powered by Fayetteville’s own Mash House Brewery. 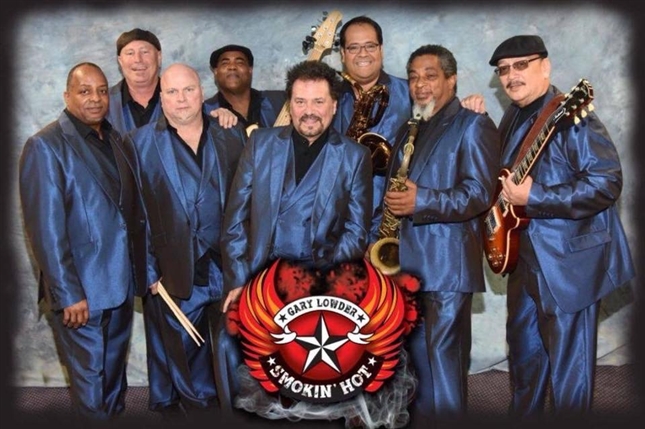 Gary Lowder & SMOKIN’ HOT ….
are known as a Soul, R&B party band based out of North Myrtle Beach , SC. Their musical repertoire covers decades of hits from your favorite artists and genres of music including soul, rhythm & blues, funk, reggae, jazz standards, country, 50, 60’s and Carolina Beach Music. In addition of performing some the most current hits that are topping the charts today, the group has had many successful chart topping hits on local radio and internet stations across North and South Carolina, Virginia, Georgia, and Florida. Gary Lowder & SMOKIN’ HOT….. are comprised of multi-talented musicians who have come together to produce incredible performances each and every time they take the stage.
Carolina Beach Music Awards! The Carolina Beach Music Association awarded Gary Lowder & Smokin Hot with “CD OF THE YEAR” in 2013 at the Alabama Theater, Title : Soul Therapy
In 2014, the group was nominated for “GROUP OF THE YEAR”. In 2015 Gary Lowder & Smokin Hot were nominated for thirteen Carolina Beach Music Awards, with J.K. Loftin, group guitarist, being honored with “ENGINEER OF THE YEAR”. In 2016 Gary Lowder and Smokin’ Hot were nominated for 6 CBMA Awards, including Male Vocalist (G. Lowder), Group Album (Playin’ With Fire 2) Entertainer (G. Lowder), Engineer & Producer (J.K.Loftin-Playin’ With Fire 2), Collaboration or Duo (G. Lowder & Marsha Morgan,”Too Many Tears”.

The testimonials keep coming, every time we finish a live performance…
The members of SMOKIN’ HOT live up to the name! Our fans agree…

Thanks to God for all the blessings we’ve been given… The soul speaks through music!

The British Invaders transport you back to the 1960’s – when English bands were storming the USA!  While dressing in period correct Nehru suits and playing vintage instruments the band performs a mixture of all the great British Bands (Beatles, Rolling Stones. The Who, The Kinks, Dave Clark Five, The Animals, The Yardbirds, Gerry and the Pacemakers, Spencer Davis Band, Rod Stewart, Elton John and even The Monkees plus many more)! All songs are played in the original key you heard on your AM Radio as a kid. We play all over NC at Summer Concert Series, Theaters, Festivals and Private Parties. Come see us and relive those childhood memories while singing and dancing along to the greatest music ever recorded!  Hope to see you soon.

July 17th: Rockin in the ’80s with the Jan Michael Fields Band 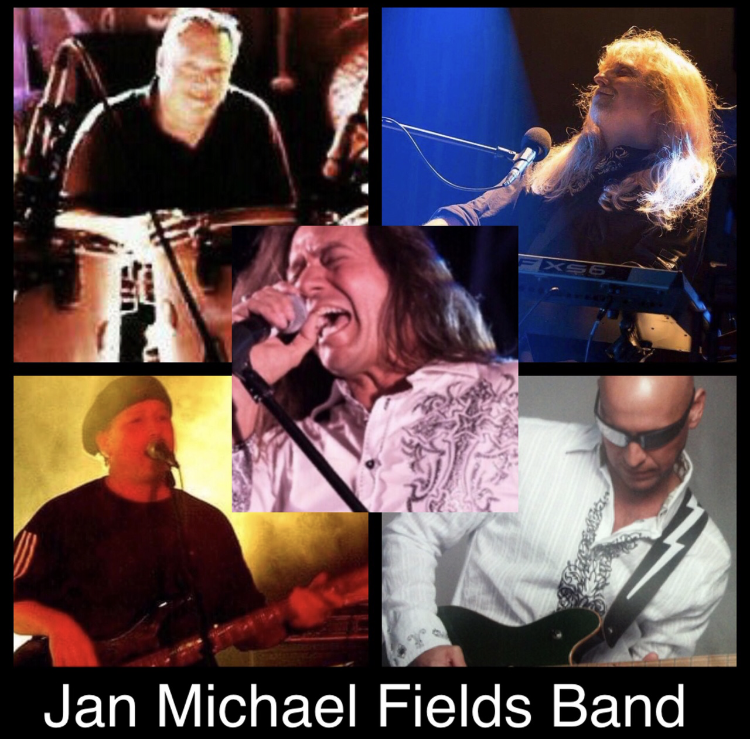 Known as one of the top vocalists throughout the Southeast, Jan Fields is a charismatic performer who has been thrilling audiences of all ages for years. His stellar voice and ability to work the stage is just as relevant today as it was back in the 80’s, when he was the front man for international touring act, Sidewinder. Jan is the consummate pro, and his dedication to his craft earned him a Lifetime Achievement Award in 2016 for outstanding contributions and support of the North Carolina music industry. He has shared the stage with top acts like .38 Special, Cheap Trick, Firehouse, Kansas, The Romantics, Billy Squire, Klymaxx, Greg Kin Band, Taylor Dayne, and many more. Whether he is performing songs from the 60’s, 70’s, 80’s, 90’s, or today, Jan’s passion for music of all genres is clear,. He can take your favorite covers and keep you rockin’ all night long, or draw you in with original music all his own. A dynamic and compelling presence, Jan’s reputation for engaging an audience is second to none! 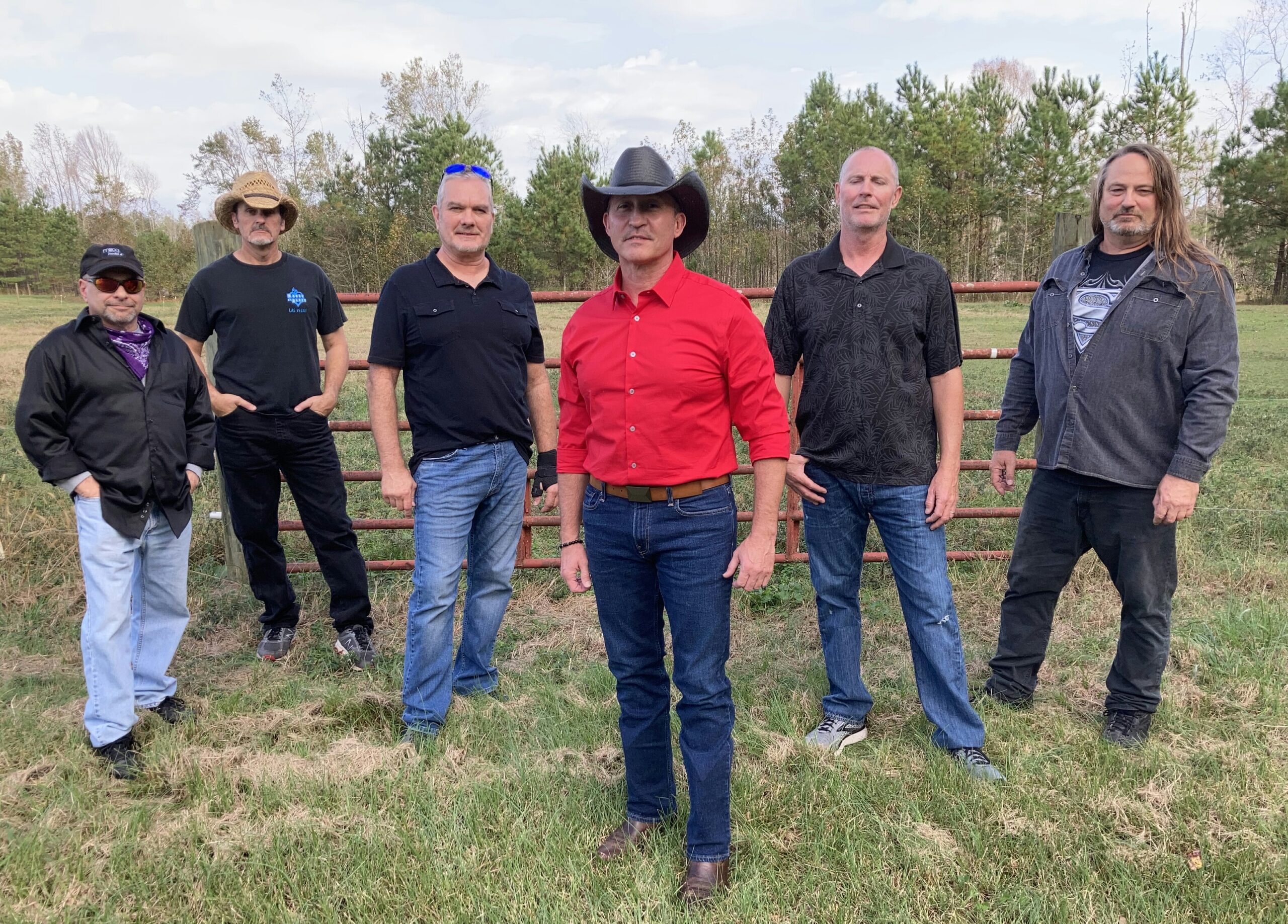 Indian Outlaw presents a tribute to Tim McGraw brings the fun and excitement of the Tim McGraw experience. We follow Tim’s career from his early number one’s right to his recent number 1 Humble and Kind. If you love Tim McGraw you’ll be singing along to every hit!!

Rivermist was formed in July 2014 in Fayetteville, NC. The band is collaboration of musicians that have been playing in and around the Fayetteville area for more than forty years. Rivermist’s love of audience appeal, along with the desire to preserve a genre of music familiar to their roots, is what sparked the formation of the group. “RIVERMIST” is primarily a Classic Rock/ R&B/ Variety party band, and were voted 2016 Best Local Band by “Fayetteville Observer’s Reader’s Choice.” Also, they have been voted Fayetteville/ Ft Bragg’s 2017 Best Local Band, 2018 Best Local Band, and even more recently,  2019 Best Local Band by “Up & Coming Magazine.” Their shows are relaxed; however intensively performed as only professionally driven musicians will give. They realize success will always be judged by their fans. Rivermist’ harmonies, as well as the musicianship, is something that needs to be experienced. The shows are also energetic, so booking Rivermist at your venue is a great choice, and will deﬁnitely make it a more exciting event! The band is proudly presented in part by Healy Wholesale, 96.5 Bob FM and Up & Coming Weekly Magazine!

Call NOW for availability for your event!

VIP Tables include: Special Stage Level Table Seating inside Pavilion for 8 or 10 guests, concert, entertainment, Food, Door Prizes, Free gifts, FREE Beer, Wine and assorted beverages (does not include mixed drinks) and many more prizes and surprises. Doors Open at 5:30, Food served 6:00 to 7:30. Beverages available at three full-service Cash Bars serving Healy Whsle. beer and wine products, and your favorite mixed drinks. There will also be a separate Beer & Wine concession as well as a Special Craft Beer presentation powered by Fayetteville’s own Mash House Brewery.

Purchase a VIP Table for 8

All the above for 8 Guests:

PLUS FREE Beer, Wine and
assorted beverages**
** Does not include mixed drinks.

All the above for 10 Guests:

PLUS Special Stage Level Table Seating inside Pavilion
FREE Beer, Wine and assorted beverages**
** Does not include mixed drinks.

**The FDT and Gates Four CC donate all the proceeds from wine sales (glass/bottles) to
the Kidsville News Literacy and Education Foundation (501c3 nonprofit) of Cumberland County.